Frequently Asked Questions About GMOs and Our Seed

Frequently Asked Questions About GMOs and Our Seed

It seems no other topic in agriculture is as hotly debated as the subject of genetically modified organisms, or GMOs. On one side, GM crops are viewed as harmful, unpredictable, and threating. On the other they’re regarded as innovative, beneficial, and the future of agriculture. This article is not meant to promote or discuss either side of the issue, but to simply answer some commonly asked questions by our customers regarding this subject.

Q: Are you owned by Monsanto (Bayer), Scotts, or some other company? Where do your seeds come from?

A: Nature’s Seed is the ecommerce division of the Granite Seed Company, headquartered in Lehi, Utah. The Granite Seed Company was founded in 1988 and is one of the leading seed suppliers in North America. They specialize in erosion control and reclamation seed; particularly native grasses, wildflowers and forbs. In 2020, Granite Seed was acquired by S&S Seed and became part of Environmental Seeds West LLC. We grow and harvest many seeds ourselves in our own production fields throughout the western U.S. We also have access to an extensive network of independent growers, as well as our own team of wildland seed gatherers (many native wildflower/forb species have to be hand-harvested in the wild). 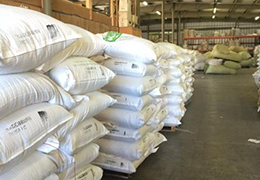 Q: Are your seeds GMO or non-GMO?

A: All of the seeds we sell are non-GMO. In fact, there are currently only 10 genetically modified crops approved for use in the United States – corn, soybeans, cotton, potato, papaya, squash, canola, alfalfa, apple and sugarbeet. Nature’s Seed doesn’t carry seeds for these crops with the exception of alfalfa, and we only sell non-GMO varieties of alfalfa. All the seed varieties we use have been developed conventionally.

A: When a seed variety, or cultivar, is developed using traditional plant breeding techniques, the seed is considered conventional. It’s a process that’s been used for thousands of years by plant breeders to select and enhance desirable traits. This same concept explains why there are so many different types of dogs in the world. By breeding plants together that have the desired genetics (color, growth habit, drought tolerance, etc.), growers are able to produce new varieties. On the other hand, GM plants are developed using genetic engineering techniques in which foreign DNA is inserted into plant cells, producing modified or novel genes. 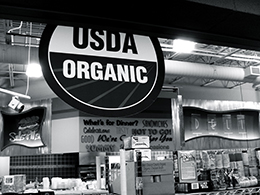 Q: Are your seeds organic?

A: First, it’s important to define the term “organic”. In order to label and sell a product as organic, the United States Department of Agriculture (USDA) has developed standards that producers are required to follow. When a producer has met the requirements they can become certified. Becoming USDA certified is the only legal way a producer can call their products organic. Because we rely on such an extensive network of independent producers that may or may not be USDA certified organic, we can’t claim our seed as organic. However, we don’t treat or coat our seeds in any type of pesticide, nor do we use any GM seed varieties.