Switchgrass: A Grass of Many Uses

Switchgrass: A Grass of Many Uses

Throughout my years in the horticultural industry, I’ve noticed there’s one subject that I can always count on to bore the average person to death. Grass. Sure, I’ll admit it isn’t the superstar of the landscape. It doesn’t have beautiful flowers to gaze at, it doesn’t produce anything you can pick and eat, and it won’t shade your house. In fact, it’s probably the most underappreciated plant in the yard. That’s why when grass is mentioned in a Presidential State of the Union Address, it’s quite a shock. What aspect about grass could possibly call for such a presidential callout? During a 2006 State of the Union Address, George Bush mentioned a grass known as Switchgrass in his speech. At the time, he was discussing the funding of cutting-edge research into biofuels, with a particular mention of Switchgrass. I’m pretty sure this was the first time the humble subject of grass was mentioned so specifically by a president in a speech. So what have we learned during the past six years since this speech was given, and what exactly does Switchgrass have to offer us?

Switchgrass is a perennial native grass found predominantly throughout the Great Plains region of the United States, but is highly adaptable to many other climates and soil types. From Canada to the Gulf Coast, to everywhere in between, Switchgrass doesn’t seem to mind. Because it’s a warm-season type grass, it’s very drought tolerant but also thrives in wet soils. It can grow up to nine feet tall and produces a dense, fibrous root system that grows as deep as the plant is tall. When it comes to producing biomass, Switchgrass is a powerhouse. Coupled together, these attributes make Switchgrass very appealing for use in many applications. 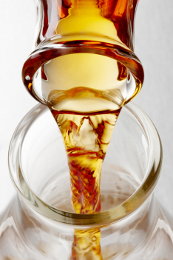 As forage, Switchgrass provides excellent feed for livestock and other animals. With proper management a Switchgrass pasture can produce between 3,000 and 4,000 pounds of forage per acre or higher. Research in Tennessee has shown that, if grown exclusively for hay, 4-5 tons per acre are not uncommon. It’s also very appealing to sustainability-minded farmers and ranchers because it can be planted using no-till seeding methods which conserve soil, require less time and fuel, and won’t plow up and expose rocks. Have land that is considered unsuitable for row crop production due to sand or gravel? Switchgrass will thrive there.

But the major area of interest in Switchgrass, and the point that George Bush was trying to make in his State of the Union Address, has to do with its potential as a biofuel. Because of the enormous amount of biomass produced by the Switchgrass plant and its ability to grow just about anywhere using low amounts of input, Switchgrass has shown to be a more efficient biofuel source when compared to corn. In fact, according to a study by researchers at the University of Nebraska-Lincoln, Switchgrass grown for biofuel production produced 540 percent more energy than needed to grow, harvest and process it into ethanol. Corn on the other hand produces just 25 percent more energy. Not only is there a huge amount of energy produced from processing Switchgrass into biofuel, but because it’s not a food crop for humans it doesn’t affect food supplies and costs. The future looks very bright for Switchgrass and its place in powering our world.

Other uses for this amazing grass include its ornamental attributes. Many people find that Switchgrass adds aesthetic value to their landscapes and is frequently found in many nurseries and garden centers. It’s especially useful in water-wise landscapes due to its low water needs and drought-tolerant qualities. Switchgrass is a great soil stabilizer thanks to its dense, fibrous root system and is often used in soil conservation projects and to stabilize banks and slopes. It makes great wildlife habitat, especially for upland game bird species such as pheasant, quail, grouse, and wild turkey which feed on the abundant seed produced by the Switchgrass.

Let Us Be Your Supplier

There are few other plants in the world that have such usefulness as Switchgrass. Look for it in many of our pasture seed blends, or contact us directly for inquires about purchasing Switchgrass seeds in bulk. With continued research and development, and with the potential for changing the future of energy production, perhaps talking about grass can go from boring to chic. At least this turf nerd can dream.