Their Future is Our Future: The Vital Role of Pollinators

Their Future is Our Future: The Vital Role of Pollinators

Pollination is one of the most fascinating stunts Mother Nature has ever pulled. For millions of years plants and animals have co-evolved in the ultimate example of “you scratch my back and I’ll scratch yours”. Plants rely on their animal partners to transfer pollen from one flower to the next, a process resulting in fertilization, fruit and seed development and the continuation of the species. For their hard work, animal pollinators are rewarded with a steady supply of nectar and pollen – food sources for animals like butterflies, hummingbirds, bees, moths and beetles. Many plants and animals have become so close in their relationships that they’ve developed special morphological adaptations for each other, while a few plants and animals are totally dependent on each other for survival. 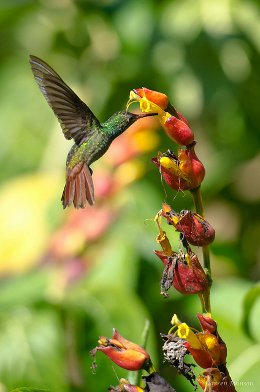 Animal pollinators play a vital role in our ecosystem and food supply. According to the United States Department of Agriculture, more than 80 percent of the world’s flowering plants rely on pollinators for reproduction. What’s more, humans depend on pollinators for 1/3 of all the food we eat. From almonds to vegetables, fruit trees to alfalfa fields, without pollinators agriculture as we know it would not exist. Unfortunately, some areas in the world are finding this out the hard way. In Maoxian County in the Chinese province of Sichuan, apple and pear farmers have resorted to hand pollination by humans after losing their natural animal pollinators. It’s been estimated that if this same situation happened in America, the annual cost to hand pollinate our crops would total $90 billion.

How does a region “lose” its pollinators? In the case of Maoxian County, it was a combination of several factors. Decades of excessive and irresponsible pesticide use, pollinator habitat loss and mistreatment of honey bees are all to blame. Here in the United States, similar problems are contributing to a decline of pollinators. Pesticides, when used excessively or incorrectly, can pose a major threat to insect pollinators. Besides their toxicity to insects, the use of pesticides to “tidy up” land is destroying pollinator forage and habitat. Coupled with new diseases and parasites, it’s no wonder pollinators are struggling. In the case of honey bees, the parasitic mite Varroa destructor is proving to be a serious problem. Introduced to American in the 1980s, the varroa mite has become the number one threat to honey bee populations and is suspected of contributing to colony collapse disorder.

What We Can Do to Help Pollinators 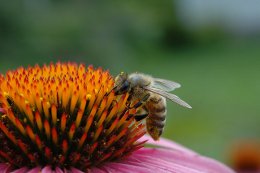 One of the best ways to help our pollinators is with pollinator-friendly landscaping. This includes wildflowers, legumes and other flowering plants rich in nectar and pollen. Use our Honey Bee Pasture Blends when focusing on honey bees, and our Pollinator Blends for attracting all types of pollinators. Landowners, farmers and ranchers can help by letting fence lines, field corners, thickets, and other areas grow in. Limit your desire for a “clean” look. Look for areas on your property that you could designate as pollinator habitat, and strive for biodiversity. Limit and reduce the level of pesticide use around your home and property. When pesticides must be used, follow the instructions carefully and look for pesticides that minimize harm to insects.