Worm Mounds in Lawn Grass: Much Ado About Nothing

Worm Mounds in Lawn Grass: Much Ado About Nothing

Many times the problems we face in the lawn and garden (and in life) are really not problems at all, but blessings in disguise. In past topics I’ve described how some perceived problems are really nothing to be worried about. In fact, many of these “problems” are actually beneficial. For example, moles eat lawn grubs, ants aerate the soil, mushrooms break down organic material, and clover acts as a natural fertilizer. Yet to some folks these things are all considered problems worthy of eradication. This week I address another such misunderstood issue: earthworms. Often criticized for leaving lawns feeling bumpy, the benefits of worms in your lawn grass far outweigh the negatives.

It’s important to remember that not all worms are to blame. It’s the common nightcrawler Lumbricus terrestris that tends to frustrate some homeowners. Nightcrawlers, like their name suggests, wait until nighttime before crawling out onto the soil surface. Other times they can be seen after heavy rainfall or irrigation. Often upon reaching the soil surface, nightcrawlers deposit a small mound known as a casting. These castings are basically piles of worm manure composed of digested organic matter which the worms swallow as they burrow through the soil. These nutrient-dense excretions are actually very beneficial to lawns and act as natural fertilizer. The problem arises after the piles of castings start to accumulate on the soil surface. This can lead to bumpy, uneven lawn surfaces.

No Need for Control 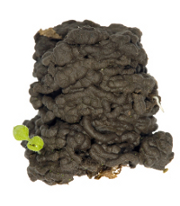 Aside from spoiling a game of croquet or bocce, there’s really no harm in leaving worm castings alone. If grass is mowed at a proper level these mounds should go unnoticed to most homeowners. In extreme cases, worm castings may build up enough that they may present a scalping issue (when lawnmower blades dig into the soil). In these situations a simple raking will break down and smooth out the worm mounds. Regular core aeration also does a good job of keeping worm mounds from building up. Pesticides should never be used to control earthworms. Rollers are also not a good idea for flattening out worm mounds since they can compact the soil.

In addition to creating natural fertilizer for your lawn, earthworms help aerate the soil as they burrow. Burrowing allows air, water, and nutrients easier access to grass roots. Thatch buildup is also reduced as a result of worm activity. For even more benefits from our slimy friends, add worms to your compost pile. Composting with worms, also known as vermicomposting, is a great way to create all-natural organic fertilizer. When raising worms specifically for compost, most people place them in special bins designed to collect the castings. Redworms, Eisenia fetida, are the most popular species used for vermicomposting.

Worms are amazing creatures. Renowned naturalist Charles Darwin once called worms “more powerful than the African Elephant and more important to the economy than the cow.” Aside from the minor bumps they sometimes form in our lawns, there’s really no reason homeowners wouldn’t enjoy the company of nature’s little helper, the worm.