All About Cover Crops & Green Manure

All About Cover Crops & Green Manure

It’s been my experience that some of the best stewards of the land are our country’s farmers. Contrary to the beliefs of some folks, farmers care deeply about the land they make their living from. They work diligently to perfect their systems and minimize environmental harm, often spending several years in the classroom studying the latest scientific knowledge related to their profession. The newest generation of farmers are especially knowledgeable and willing to adopt new ideas and technology. Take cover crops and green manure for example. While the concept of cover crops and green manure has been around for centuries, their implementation is fairly new to our generation.

What Is a Cover Crop & Green Manure?

Cover crops can be defined as any type of grass, legume or forb that’s grown specifically to benefit the soil, water and surrounding ecosystem. These crops are usually grown during the offseason, but can be used within the regular growing season. They are usually not harvested for sale. An ideal cover crop should be cheap to plant, quick to establish and yield high amounts of biomass. A cover crop becomes a green manure as soon as it’s plowed under or worked into the soil. There are many reasons why a farmer, gardener or landowner would want to plant a cover crop. 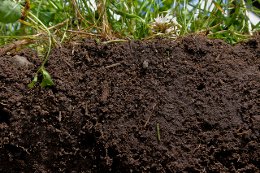 One of the most important functions of cover crops is soil improvement. These improvements take place while the crop is actively growing, as well as when the crop is plowed under. While the crop is alive and growing, it develops extensive root systems. The more roots present in a soil, the greater the water and nutrient infiltration. Legume cover crops have the extra benefit of adding substantial amounts of nitrogen to the soil in a process known as nitrogen fixation. Thanks to special microorganisms called rhizobia that live in the root nodules, legumes are able to take atmospheric nitrogen and convert it into a usable form. This nitrogen fixing ability helps farmers and gardeners cut back on annual fertilizer costs. When cover crops are plowed under, they add valuable organic matter to the soil; further improving structure and fertility.

Erosion is a serious problem for many landowners around the country. Some reports indicate our farmland is disappearing at least 10 times faster than it’s being replaced. The natural processes of wind, water and gravity, along with poor management practices all contribute to soil degradation. It was wind erosion along with poor land management that led to the Dust Bowl of the 1930s. To combat erosion, the most important principle to remember is soil coverage. Bare, exposed soil is much more likely to be eroded than soils covered in plants or mulch. Planting cover crops is one of the best ways to limit soil erosion of all types. Roots “knit” the soil together; holding it in place and preventing it from washing away, while above ground vegetation intercepts the impact of raindrops and slows down wind blowing across the soil surface. 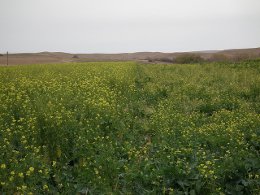 Cover crops also come in handy for weed suppression. A dense stand of cover crop can out-compete weeds during the active growth period. Even after the cover crop has completed its life cycle, the leftover mulch helps shade out and smother germinating weed seeds. Some types of cover crops can even suppress weeds through allelopathy – a biological process by which plants release chemicals into the soil that can hinder the growth of surrounding plants. Allelopathy has been observed in many cover crops including many of the winter cereal grains, sorghum, sudangrass, rapeseed, buckwheat and mustard.

We have a wide assortment of cover crops available for every situation and climate. For help on selecting the right one for you, feel free to ask us or contact your local Cooperative Extension Service.