The Best Grass Seed for Pennsylvania

The Best Grass Seed for Pennsylvania

The one thing that most homeowners take for granted is usually the easiest to neglect. For a property, that’s usually the state of its lawn.

It can take just one season for a neglected lawn to go dry, get thin, bare, and patchy. Even if you know the basics of lawn care and maintenance, the problem might not be with the frequency of attention or care, but rather, the kind of grass seed you’re using.

In Pennsylvania, grass seed types depend on the climate, soil’s hardiness, and the intended use. This page will teach you everything you need to know about keeping your Pennsylvania yard healthy and green.

The Growing Conditions for Grass Seed in Pennsylvania

The best way to find the right Pennsylvania grass seed is to start with the USDA Plant Hardiness zones survey. This is a map that outlines the temperatures across the different vegetation zones in the United States. 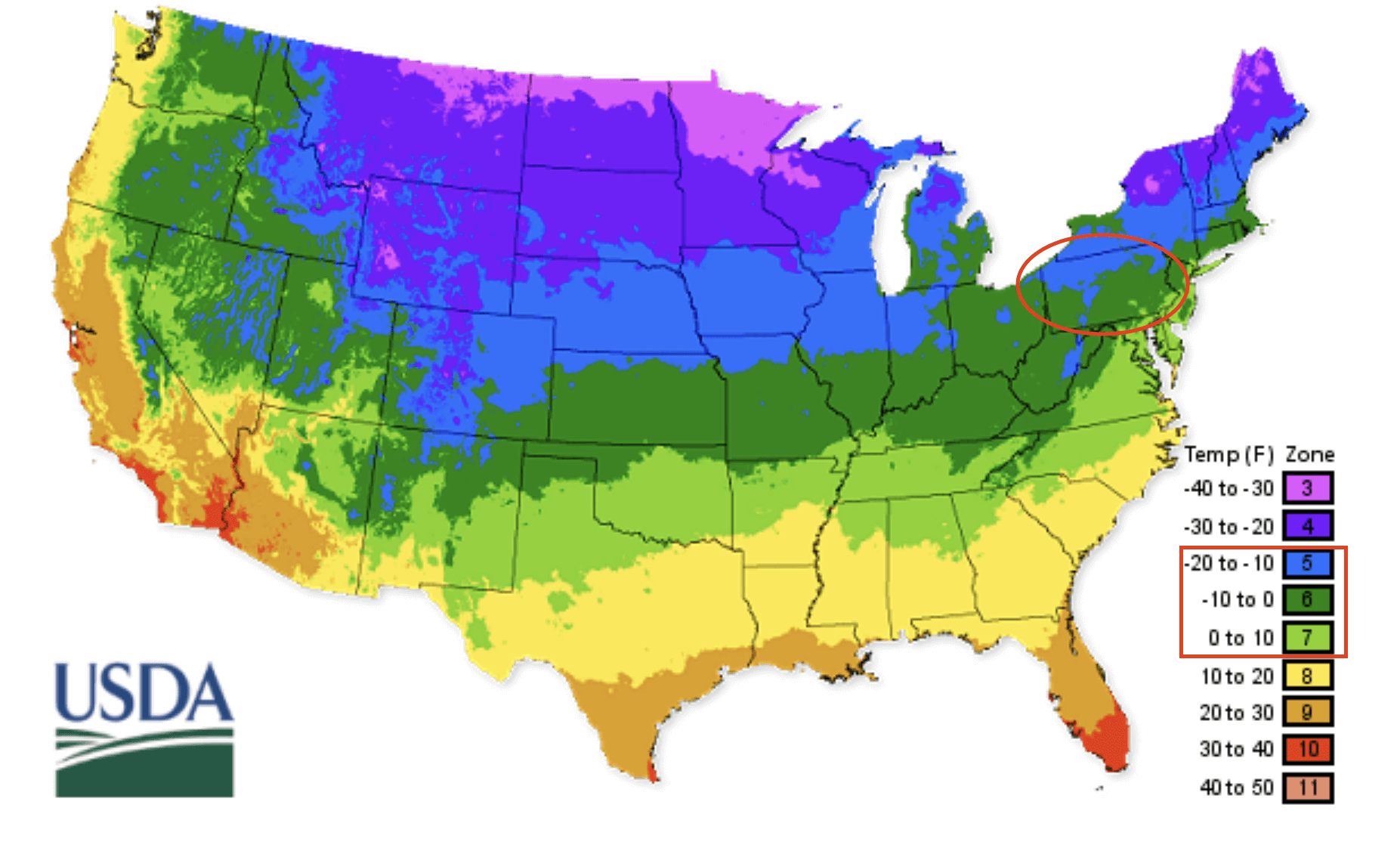 In Pennsylvania, there are three zones of hardiness. 90% of the state falls under temperatures between -20 to -10 (blue) and -10 to 0 (dark green). This makes it a cool/humid zone, and if your property falls in this region, you can only plant cool season grasses.

Only about 10% of the state, which sits at the southeastern corner of Pennsylvania, experiences temperatures that fall between 0 and 10 degrees. The southern region is also known as a transitional zone, and you can plant a combination of cool and warm season grasses.

The winters in the state are usually bitter, with freezing temperatures, and heavy snowfall. If you haven’t spent the optimal seeding times, this can hit your lawn particularly hard. For example, you should plant cool season seeds during the fall season to properly seed and prepare your lawn for winter dormancy and spring germination.

There are quite a few grass seed types that can be used in Pennsylvania. Generally, the rundown of popular grass types for Pennsylvania includes the following varieties:

Knowing what will grow on your property is a major part of establishing a beautiful lawn for your home. However, you still need to plant at the right time, fertilize at the right pace, and end your last mow correctly.

When to Plant Grass Seed in Pennsylvania?

Now that you know which cool season grass seeds you can plant in Pennsylvania, you should plan out seeding and germination times for their optimal growth.

As a rule, cool means fall — in other words, fall is the best time to plant cool season grasses. That’s because the soil is still warm enough, especially with daytime temperatures, but the evenings are cooler, which promotes the natural germination power of cool-season grasses like Kentucky bluegrass or Fine fescue.

Planting in the Fall for Cool Season Grasses

Planting in the Spring for Warm Season Grasses

There is one exception to the spring warm season seeding rule: Perennial ryegrass. Homeowners can use this variety to add a bit of color to their lawn before winter. However, you’ll still need to seed this during the fall season.

Nature Has The Best Seeds

At Nature’s Seed in Lehi, Utah, we’re committed to ensuring that you have the right planting aids to germinate and establish a full and thriving lawn.

Whether you’re working on restoring your home’s turf or you’re involved in community-based rejuvenation projects, we’ve got the expertise and implements to help you return the land to its natural state.

Contact us for a quote on your project or visit our website to use our trademark Seed Selector feature for your property.