Impacts of the Dust Bowl

Impacts of the Dust Bowl

This week we will be talking about the impacts of the Dust Bowl.

The 1930s Dust Bowl is one of the worst man-made environmental disasters in America’s history. For over ten years, severe drought and severs wind erosion haunted the Great Plains, creating horrible dust storms that killed people, animals and plants, while destroying the air quality of the nation.

The strong winds that created the dust storms during the Dust Bowl haunted the plains during the drought of the 1930s, and blew away 480 tons of topsoil per acre; around five inches of topsoil from more than 10 million acres.

What we know: excessive cultivation of the land exposed the very dry soil to the strong winds.

What we don’t know: Why was the cultivation so much more extensive, and the use of erosion control techniques so limited, during this time?

It has been thrown around that small farms are the reason for this. With less land, small farms engage in more intensive cultivation and less frequent use of conservation practices than large farms do. Also, during this time, research on conservation techniques were limited due to the Great Depression and era.

To fix this issue, many acts and laws were put in place at the end of the 1930’s to help alleviate the disaster, and also prevent another from happening. From federal, state and local level government decisions, farmers were legally forced to comply with conservation and erosion control practices. The farmers did have resources in the form of subsidies to cover the cost of these demands. Each district or region had farmers sign contracts with the federal Soil Conservation Service to comply with the requests in preventing soil erosion. The SCS in return gave them equipment, seeds, fencing, supplies and workers in the form of an extension agent to help with the transfer to the new policies.

The farmers who engaged in the approved erosion control practices were also subsidized by the federal government, in the form of payments from the Agriculture Adjustment Administration (AAA). 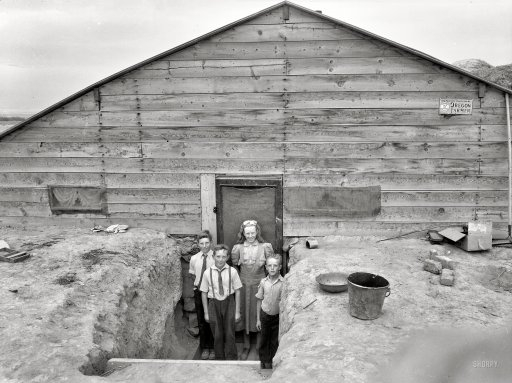 Let's get to growing,

Pictures gathered from the Smithsonian Institution