What's Up With Hybrids?

What's Up With Hybrids?

There is a lot of talk about hybrids and whether they are good or bad and whether they are related to GMOs or not. Even asking the question shows some lack of understanding of what is going on with the plants and how they are bred. Today I want to talk about it and try to clear up some of the confusion that has gathered around the term and the practice of plant hybridization.

First things first, hybrid just means cross breeding plants that are not similar. That’s it! Now, just how dissimilar the plants are makes a lot of difference in what you get at the end and how hard it was to achieve that end result. If you are growing bush beans and pole beans next to each in you garden and they somehow cross, you have a hybrid. When you plant the seed, it may not be a good tasting bean or it may be the most wonderful bean in the world, but it doesn’t matter, it is a hybrid. On the other hand, there are hybrids that are so different that their parents are classified in different genera. At this level of hybridization it takes some really tricky work and planning to make happen.

Can Exist in Nature, Unpredictable Offspring

In between those extremes are most of the hybrids we commonly see today. One common trait of most hybrids available is the inability to reproduce offspring that are the same as the parents. You will notice, I said most. There are a few older varieties that have hybrid as part of their name. These are varieties that were once an unstable hybrid cross that was stabilized over time to have standard characteristics from generation to generation. This seems like a good time to mention that hybrids are pretty common in nature. 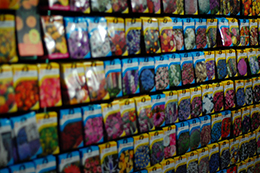 Any time you see plants that are closely related in nature in the same area, there seems to be some crossing. This is even true when man has not been involved in moving the plants around.

Now, I have noted most of the common exceptions, what about all the seeds labeled as hybrid on the seed racks of the local garden center? These hybrids are combinations of two lines of seeds that have been so interbred that they are useless on their own. Once they are crossed with each other the resulting seeds grow with increased vigor, greater production, and other characteristics that farmers, food packagers, and consumers look for. In recent years I have seen these seeds get demonized and downplayed, but in reality, they are not dangerous. And as far as our current system of mass food production goes, they are absolutely necessary. This fear seems to be based more on philosophy and an effort to control other people’s actions than anything else. 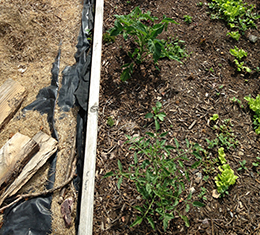 That does not mean that hybrids are the best or only seeds around, and it does not mean that they are the best seeds for all purposes. Because of the work involved in hybrids, non-hybrid seed is usually cheaper. Hybrid seed should not be used if you are hoping to save seed, it is totally unreliable as to what it will do past the first generation. And while some hybrids (sweet corn comes to mind) are looked at as being better tasting, there is a greater variety and complexity to many non-hybrid varieties. Note that here at Nature’s Seed, the vast majority of the seed we sell are not hybrids. There are some forages that we sell that are hybrids, such as triticale (a cross between common wheat and cereal rye) and hybrid pearl millet.