Let’s face it; most of the time grass selection for new homeowners is probably not very high on the priority list. When asked what type they want, most people would probably just say “green”. Yes, that’s very important, but in order to achieve this green lawn there’s actually many factors that need to be considered first. The amount of sunlight, soil conditions, climate, and the amount of maintenance you’re willing to put into it are all crucial in determining the best lawn grass for the individual. But what’s the most important factor? The very first thing to consider when selecting a lawn type is whether you need a cool-season or warm-season grass. This will instantly narrow down your selection of grass seed and make your choice easier. Once this choice is made, plug in the remaining factors and the otherwise confusing decision of grass selection becomes clearer.

So what’s the difference between a cool-season grass and a warm-season grass, and how do you know which one is right for you? Biologically speaking, it all comes down to how the grass produces energy. If you paid attention in high school biology class, you may remember the process called photosynthesis. 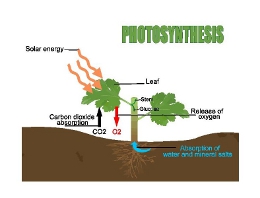 This is where plants absorb sunlight and carbon dioxide from the air and turn it into energy, or carbohydrates. Without getting too in-depth, cool-season grasses are known as C3 (cool weather loving, temperate) while warm-season grasses are known as C4 (warm weather loving, tropical). Basically, C3 grasses have evolved to fix carbon dioxide more efficiently in cooler environments, and have an optimum temperature range of 60-75 degrees F. On the other hand, warm-season C4 grasses use a slightly different process to produce their energy and prefer temperatures in the 80-95 degree range. In the process, C4 grasses use less water to make dry matter. Which one works best in your area will be largely determined by the latitude and climate of your area, and the unique attributes of the grass species involved.

In the northern United States, cool-season grasses are the dominant types used although there is some overlapping with warm-season types. This cool-season group of grasses includes the very popular Kentucky bluegrass, both tall and fine fescues, and ryegrass family. Cool-season grasses tend to green up faster in the spring and stay green longer into autumn due to their preference for cooler temperatures. They also do most of their growing in these time frames. During the peak of summer, if water is lacking and temperatures are high it’s not uncommon for these types of grasses to go dormant until water becomes available again. With the exception of tall fescue, these types of grasses work well when blended with each other. When used in blends, they help to avoid monocultures which can be susceptible to diseases and pest problems. Blends are also a great way to “customize” your lawn so that it will thrive in every area of your yard. For example, our Sun & Shade seed blend contains a mix of three types of cool-season grasses, both sun-loving and shade-loving. Over time, these grasses will tend to group together in areas they feel the most comfortable, providing your yard with lawn that will thrive in every area. 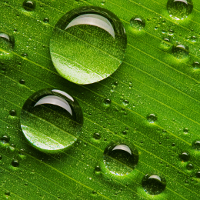 Warm-season grasses are primarily used in the southern portion of the United States, although some species can actually be found all the way up towards the Canadian border. Grasses in this group include bermudagrass, buffalograss, and zoysia grass. Unlike their cool-season relatives, these grasses take longer to green up in the spring and tend to go dormant quicker in the autumn. However, they’re able to thrive in summer heat that would otherwise fry the cool-season grasses. They also require only a fraction of the water that cool-season grasses use. For this reason they are used extensively in water-wise landscapes and other areas where irrigation is limited. Buffalograss, a North American native grass, is the most drought tolerant of the group and can actually be successfully used for lawns as far north as Montana and the Dakotas. Blending is not recommended for warm-season type grasses due to their differing growth habits, water requirements, colors, and textures.

Should Cool and Warm-Season Grasses Ever be Mixed?

For most residential lawns, cool-season grasses should never be mixed with warm-season grasses. Doing so results in a very non-uniform, patchwork-like lawn full of differing colors and textures. The only exception to this rule is when a southern bermudagrass lawn is overseeded with perennial ryegrass to provide wintertime green while the bermudagrass is dormant. For more information on this technique, see this article. On the other hand, mixing cool-season grasses with warm-season grasses is a great idea for some pastures. Doing so ensures continuous forage production for livestock and other grazing animals.

Despite its humble appearance, grass is actually a very complex and fascinating plant. There is no other type of plant that can survive the conditions we put in through yet still perform its important role in the landscape year after year. Understanding the basic differences between cool-season and warm-season grasses helps to take some of the confusion out of selecting the right grass for your lawn.